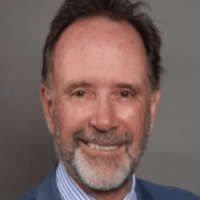 Bachelor of Science with a Major in Biology (Pre-Medical) from Xavier University, Cincinnati, Ohio.

Minor in Chemistry and Philosophy from Xavier University, Cincinnati, Ohio.

Brennan is highly regarded for his many years of work as one of Orange County’s leading board-certified family medicine and emergency medicine practitioners for which was named Orange County Medical Association Physician of the Year in 2004 for his contributions to the profession.
Brennan also enjoyed a distinguished tour as an active-duty flight surgeon in the United States (US) Navy for which he earned an honorable discharge. His military service was recognized with a personal achievement citation for outstanding service to the United States awarded by the Commanding General of the US Air Force – Pacific.

Brennan earned a Bachelor of Science with a Major in Biology (Pre-Medical) and Minor in Chemistry and Philosophy from Xavier University, Cincinnati, Ohio. He earned a Doctor of Medicine from the University of Louisville, Louisville, Kentucky where he was Medical School Student Body President, Student American Medical Association Chapter President and Midwest Regional Secretary. Brennan completed his rotating internship at the University of California, Irvine, Orange County Medical Center.

In addition to being the former Medical Director of the Hoag Hospital Emergency Department, Brennan was the founding chair of the Newport Primary Care Medical Group and a founding member of the board of directors of the Coastal Physicians Purchasing Group.

Brennan is an expert on workers’ compensation utilization review and peer review having done over one thousand reviews and audits for CompPartners, Inc. of Irvine, California and over seven thousand reviews for HealthDirect/OEHN, Inc. of Dallas, Texas.

Brennan brings to the Ostentus Advisory Board extensive family practice and emergency medicine practice expertise and a track record of leadership in the medical profession in the State of California that will be an asset to the team at Ostentus.