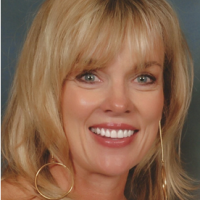 While attending college, Shari utilized her lifelong study and love of music when she won the title of Miss California at age 19.  She competed against Vanessa Williams in the Miss America Pageant and, in the process, earned scholarships which funded her entire undergraduate degree.

In 1990, Shari relocated to Houston, where she attended the University of Houston Law Center.  There, she was invited to join the prestigious Houston Journal of International Law.  Shari began her legal career in Houston in the field of estate planning.  She later joined Houston’s premier bankruptcy firm, working on a number of high-profile cases, including Dow-Corning’s Chapter 11, for which she appeared before the US 5th Circuit Court of Appeals.

After having her children, Nicole Rose and S.J., IV, Shari was blessed to work from home, where she focused on real estate law for the management of her and her husband’s multi-family investment properties.

Shari has had the opportunity to sing the National Anthem almost 100 times including events before large audiences at Angel Stadium and Minute Maid Park, and once she was introduced by a future President of the United States to sing for a nationally televised campaign event.

Shari served on the Board of Advisors for the Arts Alliance Center of Houston and chaired fundraising events for the Lunar Rendezvous Festival.  She also served on the Worship team at Clear Creek Community Church for 20 years.  Most recently, Shari has become a certified CASA (Court Appointed Special Advocate) where she is looking forward to helping children in the foster care system in Galveston County, Texas.  In the last five years, Shari has become an artist. She has been active in donating her resin paintings to numerous charity events.

Shari has been married to John for 31 glorious years and cannot imagine being on this life’s journey with anyone else.  Shari is excited about the promising future of Ostentus and is looking forward to serving on the Advisory Board.