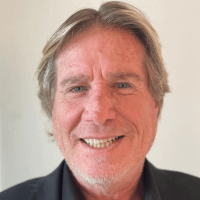 William Graff founded Ostentus in May 2021 and is a director and major shareholder in the company. William brings to Ostentus a wealth of entrepreneurial expertise in the healthcare, wine, spirits and food distribution and real estate industries.

William’s sister experience with cancer and the treatment provided at various hospitals around the world inspired him to found Ostentus which seeks to bring the power of natural anti-cancer treatments that originate in his native Latin America where William comes from.

William currently serves as president and CEO of Kitty Wines International (“KWI”), the company he founded in 2016. KWI is the licensee of Sanrio – Hello Kitty wine, sake and food products in the United States (“US”), Canada and the Caribbean. Since its inception, KWI has generating in US more than $100 million in sales through a retail network of over 3,500 locations.

Prior to establishing KWI, William owned and operated Graff Homes from 1998 to 2019. Graff Homes developed, invested and managed exclusive residential and commercial real property in California, Florida, Hawaii and South Carolina as well as abroad in Punta del Este, Uruguay.

‘OSTENTUS’ is a return to William’s roots as a health care entrepreneur.

From 1991 to 1999, William founded and ran Physical and Office Care Network, Inc. (“POCN”), of Torrance, California, which provided patients with a capitated model of preventative healthcare centered on an annual physical examination.

The POCN preventative care program was combined with a prescription discount benefit card offering discounted coverage Nationwide at over 67,000 US pharmacies chains known as the American Prescription Benefits Card.

A long-term resident of Newport Beach, California, William has lived in the US for forty years coming originally from Argentina and Uruguay.